The latest proof run with a revised Type Merit (TM) calculation sees continued domination by Semex of the genomic sire rankings, with one in five of the top 50 ranked on TM having been bred or acquired by the company, including the top two bulls, and four of the top ten.

Stantons Applicable is way out in front of its rivals in first place on the TM listings, with a score of +3.35, which results from a truly class-leading combination of an exceptional mammary score of +3.84 and a feet and legs score of +2.13. On top of those traits his daughters will have a very desirable combination of good chest width, wide rumps and excellent mobility. 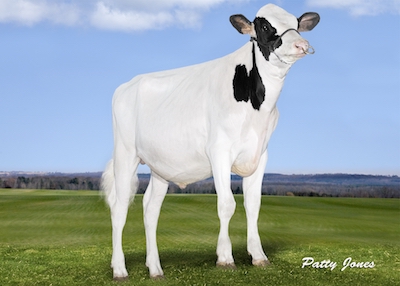 Following him is Westcoast Lighthouse in second place, with a TM of +3.27, with a mammary and a legs and feet rating of +2.98 and +1.91 respectively. He breeds daughters with lower pins and slightly longer teats and, again, his locomotion score shows they move freely.

Also making it into the top 10 on type are two from the Silverridge stable - Allclass and Imax, with both over the +3.0 threshold. Even with the change to the TM formula Allclass is still an impressive +3.10 and Imax’s score has improved to +3.07. Imax daughters are moderate in stature with great chest width and lower rump angle and he is expected to be extremely popular in a wide range of dairying systems.

Since the last proof run several new Immunity+ genomic sires have been introduced by the company, includingClaynook C-Suite, Claynook Dealmaker and Sandy-Valley Piston. C-Suite has a PLI of £622, combining high milk with very good fat and protein %; low SCC and good daughter fertility. Piston is also high PLI at £670 and will breed well-balanced daughters with a lot of milk and positive fat and protein %. Dealmaker also excels for udders and daughters will also have balanced frames with a slight slope to the rump.

Immunity+ sires have been identified and selected as possessing more inherently “healthy genes” than other sires, which they then pass on to their offspring, giving them a higher natural level of immunity to disease themselves. Continued use of Immunity+ sires on these daughters multiplies the effect and means the health status of the herd increases significantly over time.

On PLI Semex sires continue to make excellent progress, with three in the top 10 of the rankings, including two from the “best of the best” Progenesis breeding programme that Semex owns, and which has already generated several top flight males and females.

Westcoast Perseus has a PLI score of £788, with Progenesis Doctor scoring £785 and Progenesis Padawan at £773.

On the proven front Comestar Lineman's proof now includes UK daughters, and has increased to £507 PLI with an almost unchanged UK Type Merit of +3.06. His feet and legs have improved to +2.07 thanks mainly to a large increase in Locomotion to +2.42, while his milk has also moved up considerably to +505kg. Silverridge Extreme is also newly proven and while his production numbers are much the same as before his UK TM has moved up significantly to +3.03. He will lower pins significantly, and produce daughters with teats that are slightly longer. 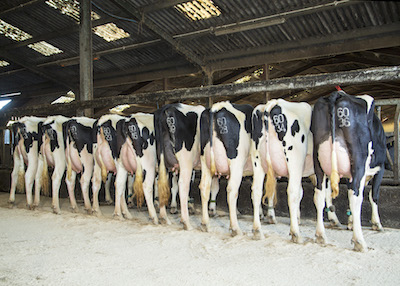 “We are yet again delighted with the proof run results, with bulls ranking highly in various categories. Semex was quick to invest in genomic technology and that has paid off handsomely. We were also unique in our belief in the technology behind Immunity+, which is still unrivalled in our business” says Michael Dennison, sales manager for Semex UK. “Over the next few years, we have no doubt that our continued investment in other new genetic technology will deliver even more benefits to our customers in improving the performance and health status of their cows,” he concludes.