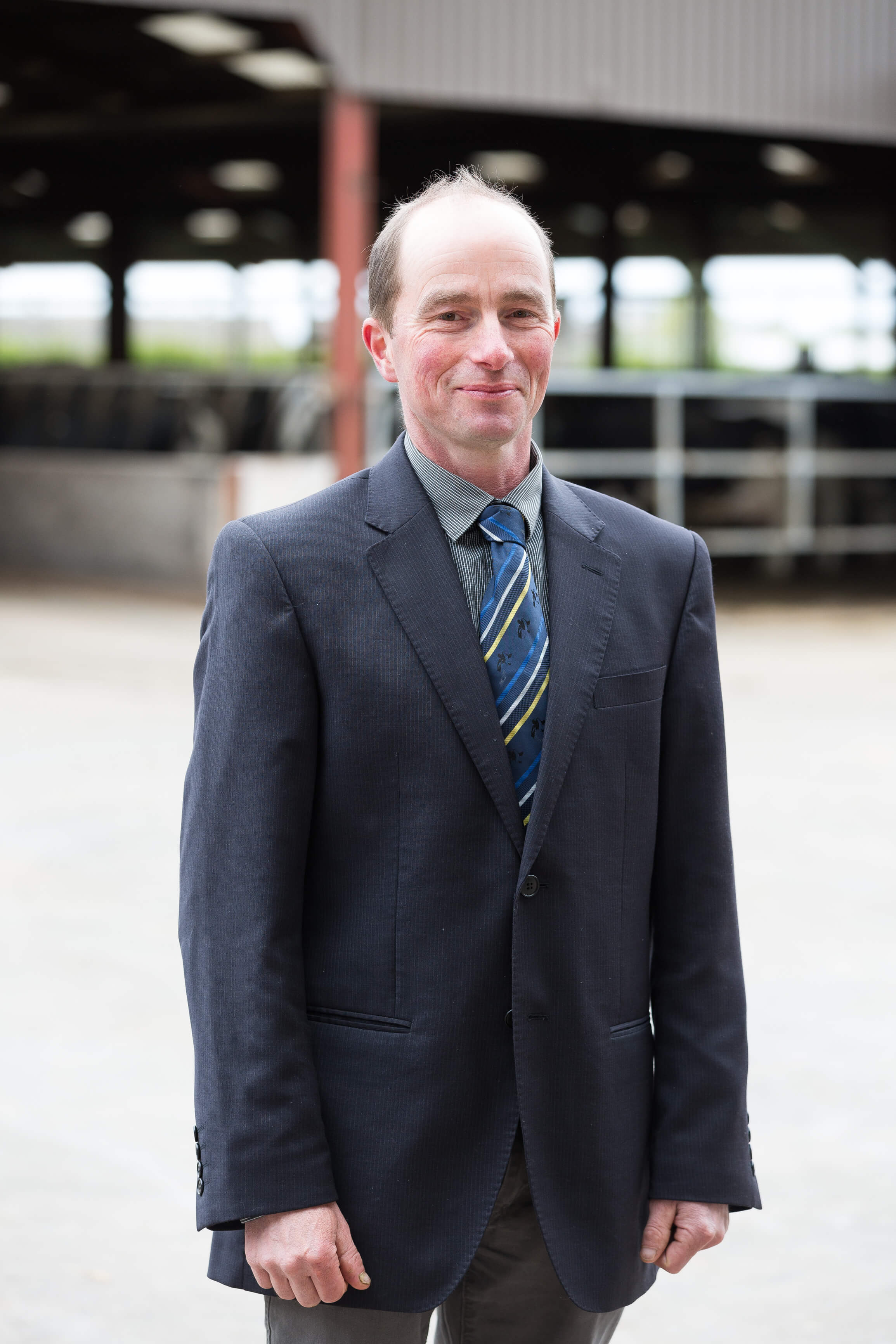 The 20/20 vision required to identify the elite of the dairy world at Borderway UK Dairy Expo sees a line of up judges from North America, Canada and the UK.

Moving into a new decade with 20/20 vision, Harrison & Hetherington has announced a notable line-up of British and International judges for their flagship dairy showcase, Borderway UK Dairy Expo 2020. The impressive team, all experts in their field and highly respected individuals within the global dairy industry, will travel from Canada, North America, and across the UK for this major international event.

Being held at Borderway Exhibition Centre, in Carlisle, and with over 400 head of elite dairy genetics being exhibited across the 70 show classes, UK Dairy Expo is the UK’s foremost dairy showcase.  The event commences with the showmanship classes on the afternoon of Friday (13th) followed by the all breeds Young Stock section. The main cattle classes, the seven breed sections - Holstein, Ayrshire, Jersey, Dairy Shorthorns, Red and White, British Friesian and Brown Swiss and the British Friesian National Show, will be held on Saturday 14th March.

Yan was born and raised on Jacobs Farm in Quebec, a farm he now owns with his dad Jean Jacobs and his sister Ysabel Jacobs, where they are currently milking 215 cows. The farm has been eight times Premier Breeder at World Dairy Expo in Wisconsin in the States and eight times at Royal Winter Fair in Toronto, Canada. They also have bred and owned 94 All-Canadian nominations and 60 All-American nominations.   To date, Yan’s judging career has taken him to a few countries around the world. Last year, he judged the Utah show and the Wisconsin Spring show in the USA.

From Indiana in the USA, Pat Conroy markets high-end type and commercial cattle, both domestically and internationally. He is also co-owner of Genesis Genetics in Mexico, who specialises in identifying genetic issues and solutions for cattle breeders.  Pat owns 60-90 registered Holsteins and Jerseys scattered throughout the US and several other countries along with a small registered herd of Angus owned in partnership.

He has owned or sold numerous All-American and All-Canadian Nominees, many of which have been recognised as Champion, Reserve or Honourable Mention at World Dairy Expo and the Royal Agricultural Winter Fair as well as having 5 cows nominated for the All-World competition.

From Somerset, Brian Miller is part of family partnership that farms 450 acres and owns the famous dairy herd under the Moorshard prefix. They milk 240 Holsteins and 20 Brown Swiss cows averaging 10500kg 4.2% on 2 times milking and with 90 EX's.

Brian has judged the Holstein classes at several major UK and Ireland dairy events including the 2010 National Dairy Event, the 2016 All Britain Calf Show, the 2017 UK Dairy Day and the Great Yorkshire in 2018.  Earlier this year he was invited to judge the National Brown Swiss calf show.  Brian commented:

“It's a great honour to be asked to judge at UK Dairy Expo as it is undoubtedly one of the true major shows in the UK with the added excitement of being the National show for the British Friesians.  I will be looking for a balanced cow with plenty of dairy strength, with a great udder and sound set of legs and feet.”

Amy Miller is from the home of Shanael Holstein’s where her Dad Michael and two brothers Paul and Steven run a 600-cow dairy herd.  When Amy is not busy teaching the next generation how to catch a ball, she is helping at home.

Amy is no stranger to the show ring, she has won showmanship classes at the Young Members Association, All Britain National Calf Show and National Holstein show.  She continues to play a big part in Holstein Young Breeders as the West Midlands Co-ordinator. She has also judged at numerous shows and is looking forward to judging the International Showmanship Competition at the UK Dairy Expo.

Commenting on the judge appointments for the 2020 event, David Pritchard, Event Organiser and Joint Managing Director at Harrison & Hetherington, said:

“In the short time since its inception Borderway UK Dairy Expo has been recognised on a global scale as being a major event within the dairy industry and understandably with some of finest dairy cattle being exhibited it is important for all exhibitors that the calibre of judges reflects this. This year is no exception, and I would like to thank all of our judges for agreeing to join us to both judge and celebrate the very best animals in terms of breeding and genetics. The quality of animals is always second-to-none, so we truly value their expert knowledge and eye-for-detail.”

Borderway UK Dairy Expo is a hugely successful dairy showcase and, now in its ninth year, continues to grow with a footfall of over 7000 visitors recorded last year.  Testament to the success of Borderway UK Dairy Expo is also demonstrated through the continued support it receives from its mainline sponsors; Holstein UK, CIS, HSBC, Farmers Guardian and Carrs Billington.

Find all the latest club news