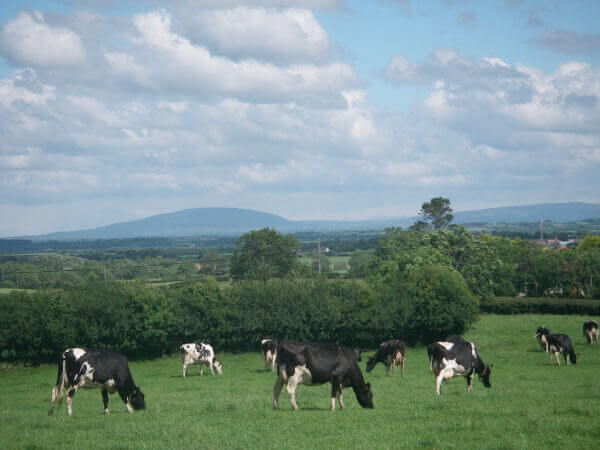 A UK-wide consultation, undertaken by DEFRA with the agreement of the Devolved Administrations, has been launched on the future of contractual relationships within the UK dairy industry.
The consultation is in response to concerns raised that primary producers, including dairy farmers, tend to occupy positions of relative market weakness in the food supply chain. Consensus among agricultural producers in the UK is that unequal bargaining power with processors and retailers can expose farmers to unfair treatment, with the potential to undermine equitable price transmission along the chain.
A number of other nations have introduced regulations in an attempt to stabilise markets and address systemic imbalances. In the European Union, thirteen member states including France and Spain have introduced laws on compulsory written milk contracts between farmers and processors. The Scottish Government recently published their analysis of the dairy supply chain and application of Mandatory Written Contracts (MWC) across the European Union, to evaluate the impact of the contracts where they have been adopted. Further afield, the Australian government has recently introduced a mandatory dairy code of conduct.
In 2012 a voluntary code of best practice on contractual relationships in the dairy sector was agreed by industry. It set out minimum standards of good practice for contracts between producers and purchasers. A consultation and impact assessment regarding mandatory written contracts was undertaken the same year, as part of an assessment of the implementation of the EU Dairy Package. Separate consultations were also carried out by the Scottish, Welsh and Northern Ireland (NI) Governments. The results showed a preference for allowing sufficient time for the voluntary code to take effect. The right to review the situation of contractual relationships was reserved, and if necessary, to reconsider the introduction of legislation on contracts if, after a reasonable period of time, the desired changes had not been achieved by the industry.
In 2016 a formal call for evidence was launched to explore the case for extending the remit of the Grocery Code Adjudicator (GCA). The role of the GCA is to make sure that the largest domestic retailers treat their direct suppliers fairly and lawfully by enforcing and monitoring compliance with the Groceries Supply Code of Practice (the Code). The GCA is recognised as an exemplary modern regulator with an international reputation. It is helping to strengthen relationships in the supply chain for the benefit of consumers, retailers and other food businesses.
This process revealed stakeholder evidence of poor contractual relations in the dairy sector. A small number of respondents highlighted the challenge posed by variations to specifications or contract terms, especially if imposed at short notice. Others raised the difficulties producers face in trying to terminate their contracts within a reasonable period, if significant changes are made to prices or contract terms. This evidence suggests a potential pattern of unfair or unclear terms and conditions in contracts between producers and processors, that could limit the ability of farmers to budget effectively, manage price volatility and run profitable businesses. This evidence suggests that the voluntary code is not having the desired impact in terms of improving supply-chain relations.
The UK Government’s response to the Groceries Code Adjudicator Call for Evidence (published on 16 February 2018), included a commitment to consult on the introduction of mandatory written contracts using powers in EU legislation. As the UK has left the European Union, we are instead now seeking new domestic powers to introduce any legislation. The use of domestic powers will allow us to be considerate of the specific nature of the UK dairy sector, although the broad principles of the EU legislation will likely still prove relevant.
The recent COVID-19 pandemic has further highlighted the difficulties sometimes faced by dairy farmers, most notably in relation to sudden price changes. Whilst the problems experienced by the sector were wider than those related exclusively to contractual practice; we would encourage respondents to submit their views on which contractual measures, if any, would improve the resilience of the dairy industry should similar situations arise in the future.
This is a UK wide consultation, undertaken by DEFRA with the agreement of the Devolved Administrations. We recognise that there are significant differences between the dairy supply chains in Great Britain and Northern Ireland. Great Britain’s dairy sector is internally well-integrated and operates across internal borders. In Northern Ireland there is a highly integrated cross border supply chain with the Republic of Ireland (RoI). RoI dairy co-operatives own approximately 60% of the processing capacity in Northern Ireland and it is estimated that approximately 35% of milk produced in Northern Ireland is transported to RoI for processing.
Whilst the majority of milk produced in Great Britain is sold within the domestic market, Northern Ireland has an export orientated market meaning that the Northern Ireland dairy supply chain is much more dependent on returns from the global commodity markets. The structure of the processing sector also varies across the UK, with a higher prevalence of co-operatives operating in Northern Ireland.
To take part in the consultation, complete the online survey by Tuesday 15th September. For further information and to view the full consultation document, visit: https://consult.defra.gov.uk/agri-food-chain-directorate/contractual-relationships-in-the-uk-dairy-industry/